Eight Newport Women Who Made a Difference 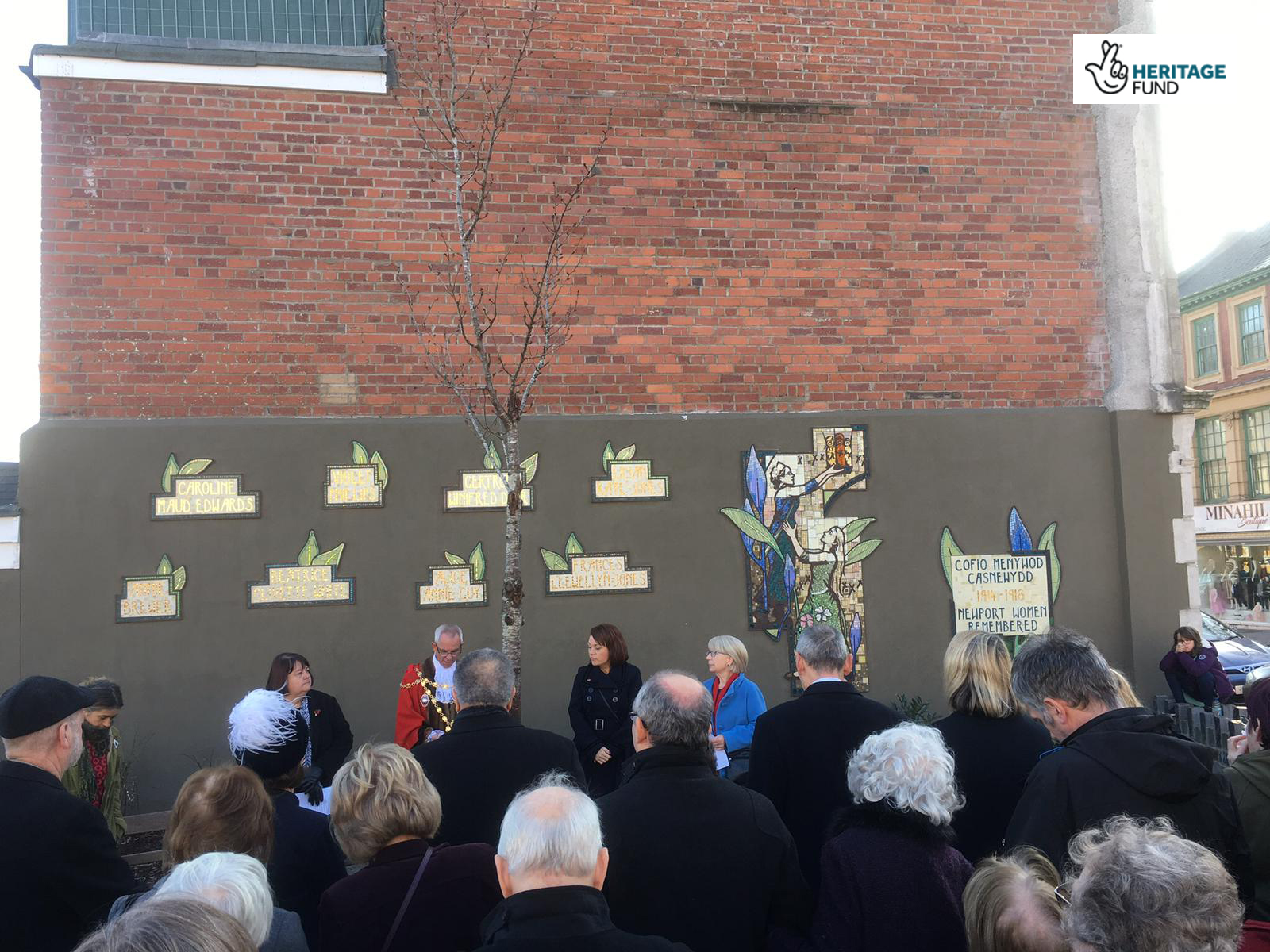 The artwork honours eight Newport women who contributed to Britain's war effort through various volunteer women's organisations. All eight died during or shortly after the conflict.

You can find out more about these women in the book 'Every Woman Remembered - Daughters of Newport in the Great War' by Sylvia Mason.

Caroline Edwards worked in the Queen Alexandra Royal Naval Nursing Service. She drowned in 1915 when an accidental explosion on board HMS Natal sank the ship. She was 28 years old.

Alice Guy nursed the sick and wounded in Greece with the Scottish Women's Hospital. She died of dysentery in 1916 aged 37, and is buried in Salonika.

Annie Brewer joined the French Nursing & Ambulance Service, and was awarded both the Legion d'Honneur and the Croix de Guerre. She died of kidney disease in 1921, aged 46.

Lilian Jones gave up her job as a telephonist to volunteer as a nurse with the Voluntary Aid Detachment. She died in a cycling accident in 1916 aged 29, and is buried in St Woolos cemetery.

Gurtrude Dyer served in France with the Women's Army Auxiliary Corps as an administrator. She fell ill and returned to Newport, dying of kidney disease in 1918 aged 38.

Frances Llewellyn-Jones was a driver in the Women's Royal Air Force, joining in April 1918. She died in November that year of influenza aged 24.

Beatrice White trained as a telephonist and served in France with the Women's Army Auxiliary Corps. She died aged 32, shortly after the war ended in November 1918.

Violet Phillps worked on the ambulance trains for the Women's Army Auxiliary Corps. She returned home, but died during the influenza epidemic of 1919. At 21 she is the youngest of our eight women.